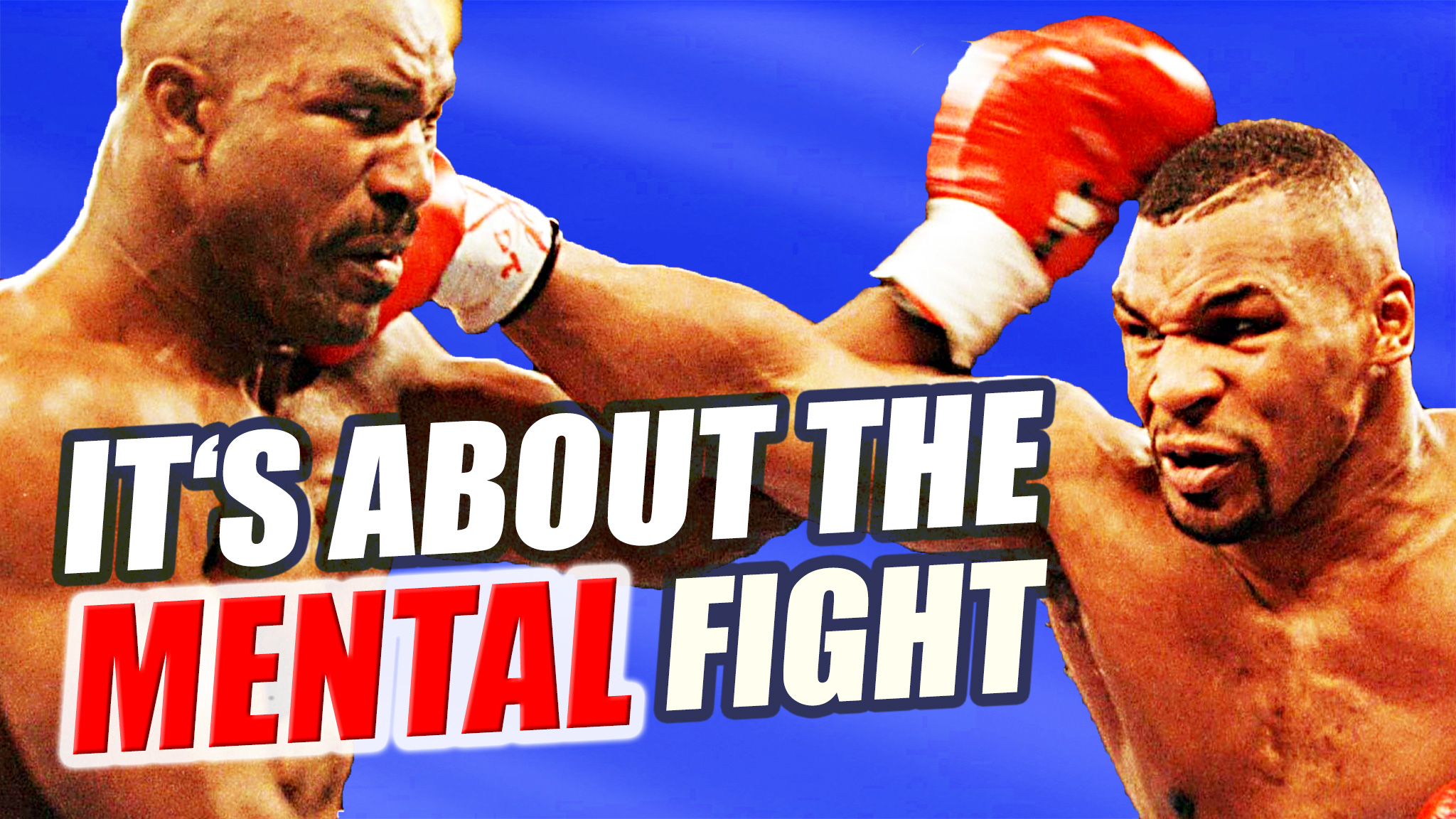 How important is mental toughness and belief in sports? It’s the difference between loss and victory. Mike Tyson is a good example. In this video I look into his story. Why and how did he lose his winner charisma in boxing? It’s a story that everyone who watched it live remembers. The famous ear bite was the end of the Mike Tyson era. It’s also an interesting lesson on how strong belief and confidence make the big difference in sports.

First, I’m a big fan of Mike Tyson and I’m happy he overcame his difficulties in the meantime.
He totally dominated the ring in his era. His opponents were afraid. They lost before the fight started. They tried to box him technically and failed. They tried to avoid him and failed. He was sitting on 37 wins and 0 losses, most of the wins were knock-outs. He was the youngest heavyweight champion of all time. And he had beaten all the big names.

Then he lost his winner charisma. Why and how?
The downfall of Mike Tyson happened in 3 acts. First he totally unexpectedly lost against Buster Douglas. Nobody even considered he could lose that fight. Tyson was undefeated at the time. Then he suffered that cruel knock-out.
After that he was never the same again (besides private topics he had at the same time). He had lost his confidence. His strategy had relied heavily on his belief to be unbeatable. He walked forward and tried to land his heavy punches. After his loss he tried to add more technique to his boxing, which did not really work for him.
The second and third act of his downfall were his matches against Evander Holyfield. Those were two of the most amazing boxing fights in history. Especially the first fight. It was extremely fast paced for heavyweight boxing. Tyson lost the first match by knock-out. Arguably there had been a lot of headbutts by Evander. Tyson fought and tried till the end.
However in their second match, when it continued where the first fight ended, Tyson quickly got frustrated, he lost it. This lead to the famous, scandalous ear bite.

My conclusion
This story is all about mental readiness and belief. First Tyson’s belief was strong and his opponents failed to believe. Then he lost his confidence and after Buster Douglas who had nothing to lose beat him, also his opponents started to believe. Evander showed this when he entered the ring singing and believing he’ll win. And in their second match, Tyson was mentally not ready. After it started the same way it ended, he lost control which led to this great ear bite scandal.

My belief: If you can dream it, you can MAKE it!
It’s the power of the MAKE that makes the difference.
Life is all about great stories!
Here I share stories for YOU, to help YOU live, create and tell YOUR OWN story.
Help spread positivity, connect, be successful, be healthy and happy.