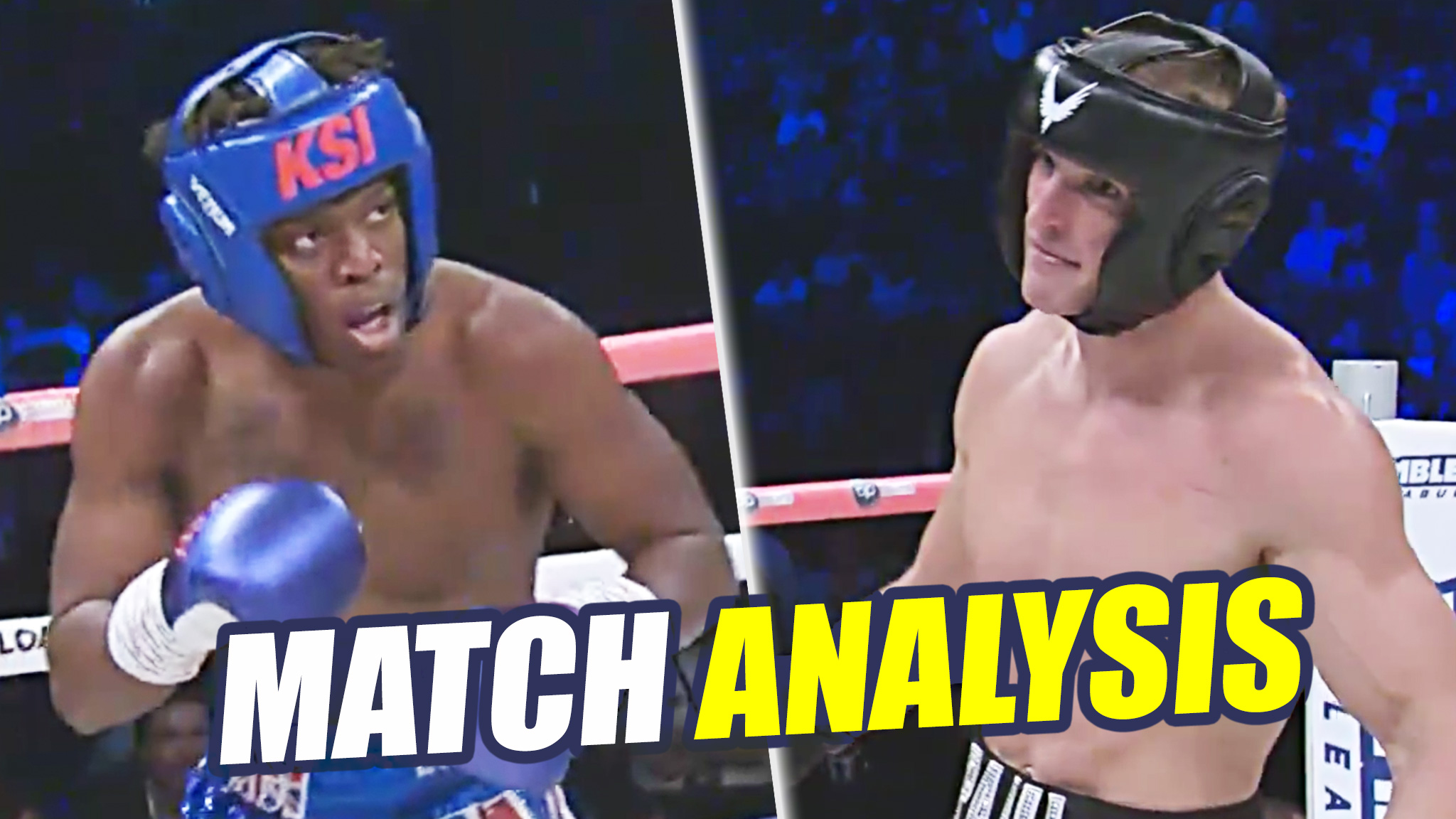 Match summary of KSI vs Logan Paul fight analysis – What I say from real boxing experience. Also read my recommendations for both of the fighters below.

Fight Summary
Round 1 and 2 I was really surprised by Logan’s overview and skill. KSI found no recipe to get close. Logan’s jab was hard and quick and hit.
The 3rd round was discussed heavily. I rewatched it thoroughly and it clearly went to Logan (in my opinion).
Round 4 went to KSI. Logan was really tired and KSI landed some swings.
Round 5 is critical. By rewatching it, Logan should have won it. He had more impact strikes. I think he only lost it because of the very last seconds where he kind of looked hit and tired. The home advantage and “title defense” certainly counted in the advantage of KSI.
Round 6 Logan tried to survive, clinched. Probably thought he won. KSI walked and showed amazing cardio and willpower. So he won the round.
I’m curious for the rematch.

Generally Logan has surprised me in the first rounds with amazing reflexes, timing and boxing skills. Also his clinching later on was on point. KSI started skillful, but seems he got desperate quickly. He threw wild punches later on that often missed but looked spectacular. He was walking forward though and won the later round simply by being less tired and making the fight. He had great cardio.

My Recommendation for Logan and KSI
Logan really has to work on his cardio. Be ready for 12 rounds to go for 6. Don’t show when your tired. Learn to hit immediately when your opponents starts wild swings.He’s very open at the time, chin up ready to be hit. Your brother did this excellent.

KSI: Stick to boxing technique throughout the fight. I know you got it! Wild, desperate punches will not get you anywhere against skilled boxers. They are risky (for both). Learn to punch your way out of the clinch and learn how to close the distance. These are very important techniques.
And show respect and sportsmanship after the fight, learn from mistakes instead of blaming clinching, claiming misses as hits and denying – maybe sounds harsh, sorry, I was disappointed by your comments after the match and this is just my humble opinion.

More Detailed Analysis of the fight

StorySpotlight is for You
My belief: If you can dream it, you can MAKE it!
It’s the power of the MAKE that makes the difference.
Life is all about great stories!
Here I share stories for YOU, to help YOU live, create and tell YOUR OWN story.
Help spread positivity, connect, be successful, be healthy and happy.

One thought on “KSI vs Logan Paul Fight Analysis, Highlights and Summary”